The region has a total area of 47,527 km² inclusive of land mass and the two large fresh water lakes, namely Tanganyika and Rukwa.

The region is made up of two districts namely Mpanda and Mlele. It has 10 divisions, 42 wards, 129 villages, 541 sub villages (vitongoji) and 16 streets (mitaa).

Katavi Region has an altitude ranging from 1,000 to 2,500 meters above sea level, the average temperature ranges between 26ºC and 30ºC annually. Mean annual rainfall ranges from 920 mm to 1,200 mm. The district is characterized by highlands, small mountain peaks, moderate hills, Mwese highlands, gentle plains and plateaus. The region is also characterized by Lake Tanganyika which has steep hills, gentle plateaus and plains, the gentle plains of Karema depression and Katumba plains. The miombo woodlands is the most predominantly vegetation in the region.

The region forms the major catchments area of the three main rivers namely Ugalla, Rungwa and Kavuu Rivers with Kalambasi, Wala and Msaginya as feeders for these rivers.

This profile highlights on the investment opportunities available in Katavi Region. It surveys albeit shortly but concisely the geographical location, land area, administrative units, climate and agro-ecological zones found in the region.

The region is very productive in agriculture due to good rainfall and conducive climate. It receives annual rainfall ranging from 900 mm to 1,200 mm with average temperature of 26˚C to 30˚C annually and has four Agro- Economic zones (table 1). The region is dominated by miombo woodland which harbor abundant wildlife, produces quality timber and honey. Information on the priority areas of investment in Katavi region has been emphasized in tables below. These priority areas include Agriculture & Livestock development, Natural resources, Tourism, Manufacturing, Mining, Real Estate, Transportation, Services, ICT, Financial Institutions, Telecommunications, Energy, Human Resources and Economic Infrastructure.

Fishing and fish canning is yet another area available for investment due to the lake waters which is rich in fish and fishery. Major fish species found in the area are such as sardines, English fish and Nile perch.

Tourism sector offers a variety of opportunities; these include investment in transportation, catering, accomodation in the form of hotels, restaurants, tented camps and tents. There is also an opportunity to invest on visitor use facilities and high profile water sports such as sports fishing, surfing, canoeing and diving.

Mining sector has the greatest potential for investment. A variety of minerals are found in the area, which include copper, gold, cobalt, mica, zinc and lead.

The profile ends by giving investment potential available in the social sector which includes education, and health. The need for investing in this sector needs no elaboration. This is supported with the fast increase in population and the need brought about by the envisaged increase in investors who will need modern and standard schools and health facilities. The opportunities of the above priorities for investment are explained in the tables below in Katavi Councils namely: Mpanda District Council, Mpanda Town Council, Mlele District Council and Nsimbo District Council. 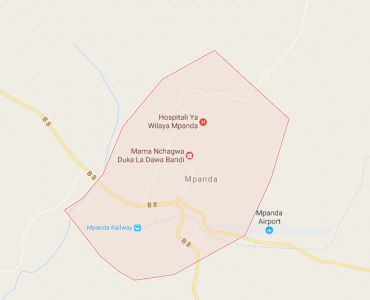